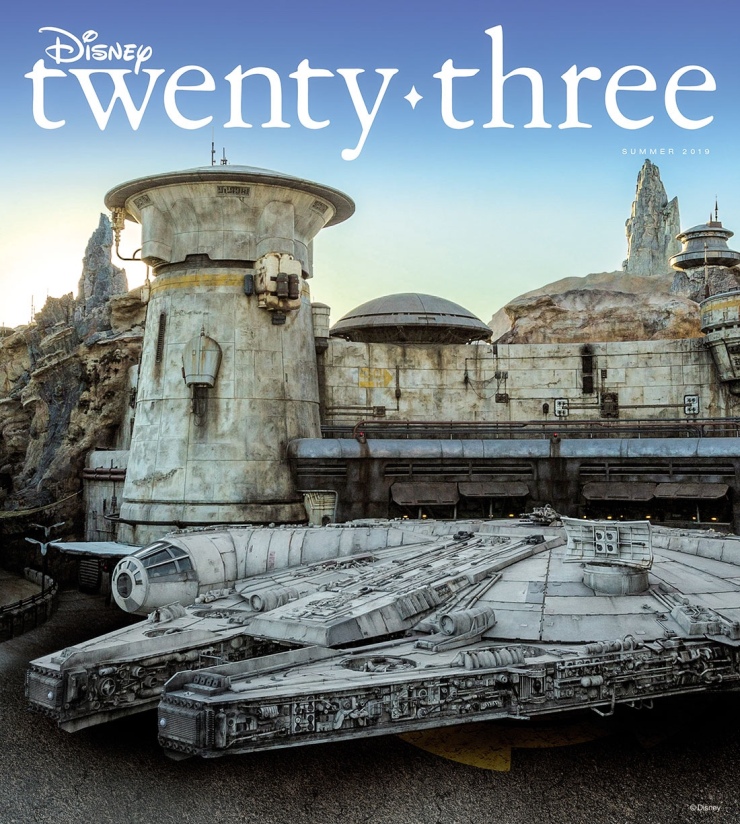 We are nearing the grand opening of Star Wars Galaxy’s Edge at the Disneyland Resort and Disney’s Hollywood Studios in August. Recently, Disney Twenty-Three had the chance to go behind the scenes in the brand new immersive land to provide fans with a look at the 14 acre land. D23 decided to expand the issue because of how amazing the exclusive photos were.

The issue will feature interviews with the minds of imagineers behind this epic new land as well as three different stories. “A Galaxy Not So Far Away”, which will provide readers with the lay of the land. “Shift Your Setting to Thrill”, be immersed in the two new groundbreaking attractions. “Living on the Edge”, all about the immersive environments and technologies that guests will experience while visiting the land.

The expansive land at Disneyland opens on May 31st and August 29th at Hollywood Studios in Walt Disney World. Note: Guests will need a no cost reservation for the first month of them opening to be allowed access to Galaxy’s Edge. 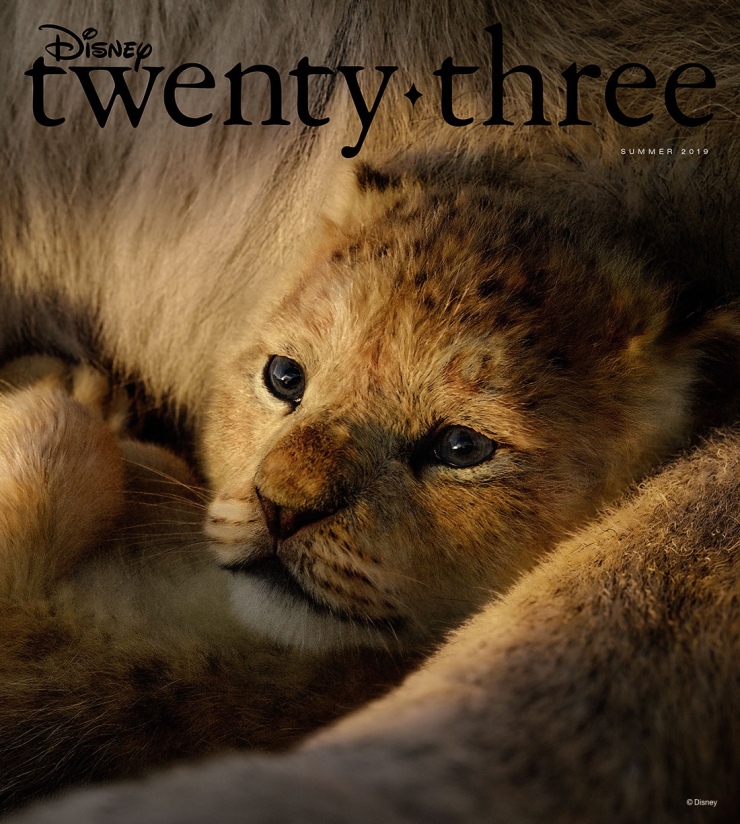 The Summer issue that is exclusively available to Gold Members of D23: The Official Disney Fan Club has a second cover that features Simba from the anticipated ‘Lion King’ remake that opens in theaters in July. Director Jon Favreau and stars Seth Rogen, Billy Eichner, and Shahdi Wright Joseph talk about how they brought this beloved movie to the big screen in an all new way.

Also, Tim Allen the voice of the fan favorite character ‘Buzz Lightyear’ shares details about what went into making Toy Story 4 also coming out this year. The remake of ‘Aladdin’ directed by Guy Ritchie will also be featured as stars like Mena Massoud and Naomi Scott talk about their experience as they stepped into a whole new world while creating the live action version of the film.

There will also be a section dedicated to Disney’s Theatrical 25th Anniversary which will feature some of Broadways stars that will share their favorite memories. Disney Imagineer also takes readers into the world of the Haunted Mansion attraction and shares some details about the new additions to the Phantom Manor over at Disneyland Paris.

Become a D23 Member today, visit D23.com for more details about the fan club and how you can receive these exclusive issues right at your doorstep!

If you wanna keep up to date with more updates about the Disneyland Resort and D23 make sure to follow us on social media and our YouTube channel @socalexploringmedia/ youtube.com/socalexploring

To be notified about all of our new blogs and posts click the follow button in the bottom right hand corner of the page and enter your email!